This one gave me a hell of a time. The carriage kept sticking halfway, though sometimes it only stalled, piling on letters.  I oiled it, cleaned it, shook it (small pieces of rubber came out), pried it with a screwdriver and damn nearly slammed it against the wall. It frustrated me for three weeks.

And then I noticed the frame was loose. I also noticed the carriage wouldn’t advance at all when it was on a typewriter pad. However, it moved when on a flat surface. I put in washers and tightened the front bottom nuts, and now it does quite well. It still hiccups now and then, but I hope that improves with continued use. It’s a beautiful machine, and the pica typeface has lots of character. 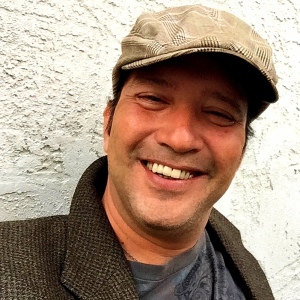 I am an author and photographer in San Diego. I love typewriters, cameras, bamboo fly rods and all things analog. Copies of my latest poetry collection, The Elastic Dome, are available here and on Amazon.